Our views on the world

Historically election years are a tug of war between the party in power highlighting economic positives, while the party out of power focus on the negatives. 2016 appears to be somewhat different. Candidates in both parties in are highlighting the economic negatives with a populist/progressive spin appealing to the many angry voters, the outliers, the social justice warriors and even the Occupy Wall Street crowd. On the Left, this has resulted in an anti free-market sentiment has gaining a foothold in U.S. mainstream politics. On the right, well, we are still trying to understand what the current leading candidate will actually do.

It is fairly easy to understand why so many people are questioning the very foundation of the U.S. economy. Wages haven’t moved in 7 years, the worker participation index is at the lowest level in 40 years, and there is an agnostic unease within the equity markets, many suggesting another delayed crisis is around the corner.

As David Stockman reports in his latest Contra Corner: The Spook In the Casino—–Recession Just Ahead, Part 1

the real driver of the post-March 2009 rebound of the stock indices was the Fed’s massive intrusion in money and capital markets, not a sustainable recovery of main street business activity or real household incomes. Real net CapEx is still below 2007 levels, for example, as is the real median household income.

For those who would respond with the latest 4.9% unemployment rate as proof of an improving economy, it is always important to remember how unemployment statistics are created by the Bureau of Labor Statistics. UE does not count those who have stopped looking for work. When those number are counted, it’s all together a different result, as John Crudele reports:

When you count just some of the folks who’ve given up looking, the unemployment rate jumps to 9.9 percent — both in January and in December. And that, let me stress, is Labor’s number that media outlets don’t pay attention to.

With the Federal Reserve and it’s global central bank counterparts all participating in a form of ZIRP (zero interest rate policy), or negative interest rate policy in the case of the Japanese Central Bank, and quantitative easing type stimulus programs, the world is awash in debt. This has created massive bubbles in several sectors, such as equities, real estate, sovereign debt, student loans, emerging markets, etc. Forbes columnist Jesse Colombo reports The Economic Recovery is Actually a “Bubblecovery”:

What these mainstream economists do not realize is 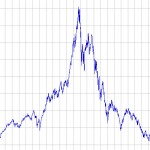 that our bubble problems didn’t end with the housing bubble. The very same socio-psychological and monetary factors that caused the last decade’s housing bubble and other excesses have created numerous other bubbles that have not popped yet. There are many bubbles that are still expanding and creation an illusion of economic strength, including rising stock prices, while threatening to devastate the global economy upon their inevitable popping.

So now we are in 2016 and the possible end of the current economic policies that have dictated massive debt levels, which have been copied by countries worldwide. Candidates are vying for votes and are attacking the unstable economy as a determining factor in who should be elected. Meanwhile, the current administration seeks to delay any major changes to the economic stewardship by Janet Yellin at the Federal Reserve. While the Chairwoman is not a politician, she is surrounded by them, and this administration will do anything possible to prevent a technical recession occurring under their watch. Therefore, it is likely we will not see additional interest rate increases, even though the Fed announced a series to continue throughout 2016. They will blame storm clouds from overseas, while delicately ignoring domestic slowdowns in manufacturing and consumer spending.

We believe interest rate increases are necessary, as the higher cost of money would begin to balance the severely tilted economy. Banks would lend more (higher return on their loans) which could increase commercial and consumer spending… and we then see the dominoes; More money to hire, expand, grow and increase tax revenues. This sounds like simple economics, but those who are making policy seemed to throw common sense out many years ago. Now, we just await for the bubbles to pop and then go through another series of panic driven policies, likely increasing world debt even further. Rinse and repeat.

Valcor has provided client with results for over 20 years, through restructuring, capital acquisition, equity, debt and almost any type of business loan. We analyze each deal, consider all creative options, and provide a professional approach with the understanding that our clients always come first.